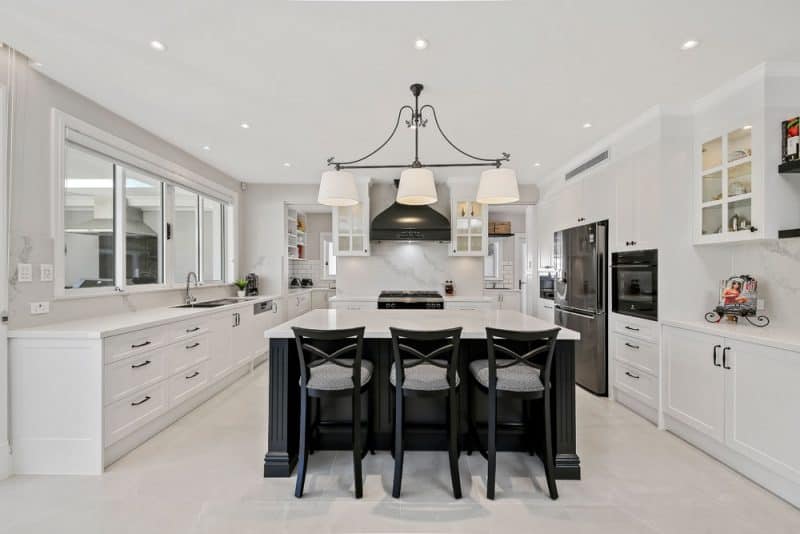 And everything in between.

There’s nothing better in my opinion!

It’s boldness, it’s drama. How commanding it is on the eye. There’s nothing quite like it if you’re looking to make a statement!

Most people would refer to this as a “monochromatic” look, but they’d actually be mistaken.

Want to hazard a guess?

It’s when neutrals (black, white and greys) are used in a space….

There’s still a “chromatic” in there….

Don’t feel bad if you’ve never heard of this before but it’s actually called achromatic, which means “no colour”. Because, if you think about it, black, white and grey aren’t actually colours.

“So, what the heck is monochromatic” I hear you say?

A monochromatic colour scheme is actually when varying shades of the same colour are used throughout the space. Take the lovely bathroom Bumph & Scumble created below – 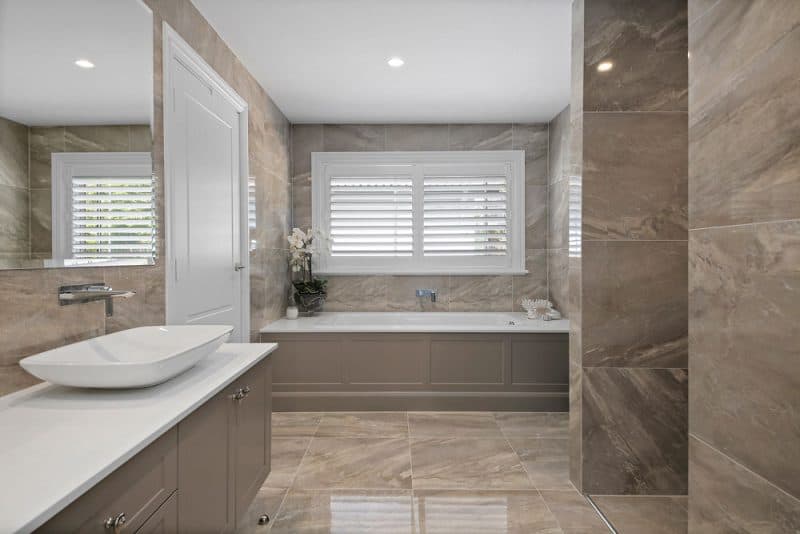 Here, a sense of balance and serenity are created by sticking to one colour, whilst the movement of the colours within the tile provides the drama.

So, there you go – you learn something new every day!